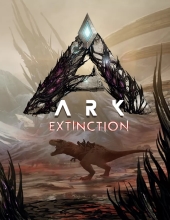 Play ARK with your friends in LDSGamers!

The full list of server settings can be found here.